Search here for great deals on cheap airfare to Aberdeen 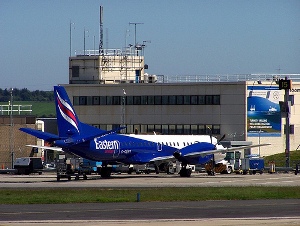 Although Aberdeen is Scotland’s third biggest city, it’s often not on the must-see list, especially for first time visitors. It’s relatively small in comparison to Glasgow and Edinburgh but boasts nice beaches, lovely architecture and superb parks and gardens. Finding cheap airfare to Aberdeen can be a bit tricky if you are not flying from Europe.

One Airport in Aberdeen

Aberdeen Airport is located about 9 km from the city’s center. It is a base for BMI Regional and Eastern Airways and only receives flights from Europe. It is served by low-cost carriers which connects it to the rest of the UK.

How to Save on Flights to Aberdeen

If you fly from outside of Europe, you’ll have to make a stop in one of the European hubs, preferably London. Once there you can take a connecting flight on one of the low-cost carriers flying into Aberdeen.

If you are already in Europe, check whether the low cost carriers flying from your city (or close enough) and take advantage of their deals. Otherwise, you’ll have to fly via London, as well.

And regardless of where you fly from, plan your vacation either in spring or in fall so that you’ll avoid the higher summer fares.