Getting from Glasgow to Aberdeen 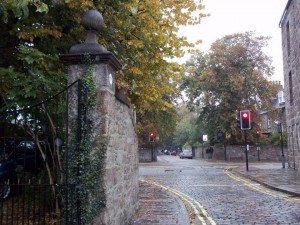 Glasgow is located on the banks of the River Clyde and is the biggest city in Scotland. An important economic center in the United Kingdom, Glasgow become one of the most visited cities in the British Isles and has the best shopping outside of London.

Aberdeen is Scotland’s third largest city and , among the foreign students, it’s known as one of the best British cities to get University education. But the city is also famous for its older buildings and the outstanding parks. And if you plan to escape the classes for a while, you can also head to the beach.

Although both cities are served by airports, due to the short distance (144 miles) between them, there is no need to fly. Of course, there are connecting flights via Birmingham or Manchester but single fares start at £59* in early spring and the flight time is close to 4 ½ h.

The cheapest option between the two cities is traveling by bus. The train takes about the same time but the price is about 6 times more expansive than the cheapest bust ticket.

Trains from Glasgow to Aberdeen

First Scot Rail operates trains daily between Glasgow Queen Street Station and Aberdeen. The trains runs about every hour and the travel time is 2 ½ h to 2 h 45 min. The cheapest standard single fare is £45.20.

Buses from Glasgow to Aberdeen

City Link and Megabus operate buses between Glasgow’s Buchanan Bus Station and Aberdeen’s Bus Station Union Square. There are departures between 7:10 a.m. and 2:40 p.m. Depending on the operator, the fares range from £7.00 one way on Megabus and £20.00 on CityLink Gold. The travel times also range between 2h 40 min and 3 h 5 min. On either websites you can purchase the tickets from both companies.

Driving from Glasgow to Aberdeen

You can also rent a car and drive the 144 miles between Glasgow and Aberdeen. The drive time on A90 is about 3 hours.

Note: *at the time the article was written