Getting from Aberdeen to London 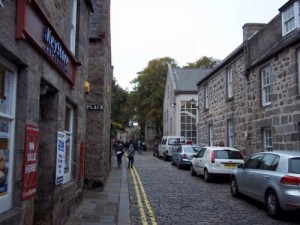 Aberdeen is Scotland’s third largest city and is well known for the older buildings and the outstanding parks and floral displays. It is also well known among students who come from various European countries to study at the University. Although a small city, Aberdeen has a harbor and a beach.

London is one of the most beautiful and cosmopolite cities in the entire world. It is not only United Kingdom’s capital but also an important travel hub in Europe. Should you plan to visit the British Isles and you come from any other place than Europe, your first stop will most likely be London, before connecting to other British cities.

If you take into the account the money spent to travel from the airport to the city center, then the cheapest option is the bus. But it takes 12 hours. For less than £10 more, you can take the train and get between the two cities in about 7 hours. Or you can fly, especially if you can find a good deal into London Gatwick (which is closer to the city center than London Luton).

Aberdeen-Dyce Airport (ABZ) is located about 7 miles from the city center and handles both domestic flights and some short-haul European flights. The nearest railway station in Dyce and is connected to be airport by bus. 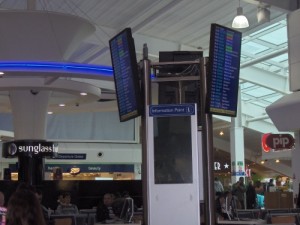 Out of the 5 airports serving London, only 3 of them handle flights to/from Aberdeen:

Flying from Aberdeen to either London Gatwick or London Luton costs about the same (from £32 one way on EasyJet in early Spring 2012 to early Summer 2012) but since Luton is located further from London’s center, you’ll actually save some money on transfer. Slightly more expensive are the flights to London Gatwick operated by Flybe.

It’s a good idea to book the flights slightly in advance (4 to 8 weeks) but it doesn’t make sense to book 6 months in advance because many low cost carriers don’t list their fares so far in advance.

Trains from Aberdeen to London

Trains between Aberdeen and London are operated by:

Buses from Aberdeen to London

National Express offers coaches between Aberdeen and London Victoria Station. The direct bus leaves Aberdeen at 7 p.m. daily and the travel time is 12 h 10 min. The single fare is £45. On the way back, catch the bus in London at 9 a.m. or 10:30 a.m. The single fare is £20.50. But do keep in mind that these fares change depending on when you do the search and the date of traveling.

Driving from Aberdeen to London

You can also rent a car and drive the 515 miles on M1 to London in about 9 ½ h. Make sure to plan stops along the way.

Photo credits: Aberdeen by Cristian Luguzan via Facebook ; London Luton by Cristina Puscas and may not be used without permission