“Golf is a game whose aim is to hit a very small ball into an even smaller hole, with weapons singularly ill-designed for the purpose.”
-Winston Churchill 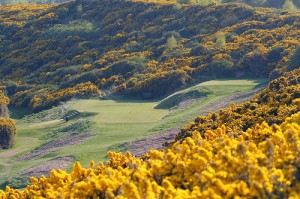 At some point in the 12th century, the Scots invented the modern game of golf. There were certainly precedents of a ball being hit into a hole (rather than a net or hoop) in Rome and China among other places, but the game we know today began in Scotland. Americans can also thank the Scots for exporting the game to the United States, since it was a shipment of clubs and balls from Leith to Charleston, South Carolina that helped to found the first American golf course.

Golf has grown into one of the world’s most popular sports, with over 60 million active golfers around the world. Once thought of as a game only for the wealthy, it has become a more inclusive sport in the past few decades. Certain areas of Europe, particularly Scandinavia, have become particularly fond of the game, and it is spreading now through eastern Europe and the former Soviet Union.

Ever since the game was developed, people have been coming to Scotland to play, and considering the size of the country, there are an almost absurd number of courses (552 to be exact). Each has its own personality and difficulty level, from local amateur chip-and-putts to the greatest championship courses in the world.

It might surprise and delight the first-time golf tourist that over 99% of the golf courses in Scotland are open to the public. There are fees, of course, but the days of the closed membership course are mostly over. With tourism bringing golfers from around the world to Scotland, even the oldest and most traditional clubs realize the benefits of opening their doors.

Here are just a few of the famous and notable courses in Scotland: