Most first-time visitors to Scotland travel up from England. Many have limited time, and make it no farther north than Glasgow or Edinburgh. The lucky ones, with more time to explore, make their way to the Highlands, and see a very different sort of country. But even farther north, beyond the Scottish mainland, lies one of the great secrets of European travel, the Orkney Islands. There might not be much space on the Orkneys, a total of less than 400 square miles divided over 70 different islands, but that small area is packed with history, natural beauty, and some of the most unique personalities anywhere.

With all there is to see in Scotland, and considering their distance from other important sites, it’s not surprising that the Orkneys aren’t on everyone’s agenda for their first trip to Scotland. Still, you haven’t truly seen Scotland until you’ve seen the wild islands up north. Remember to bring your layers – this is no beach resort. The weather can be extreme, and can make lower Scotland seem downright tropical. Not surprisingly, the best time to visit is between April and October, but those that can withstand a bit of rain and wind are rewarded with lifelong memories of a place even seasoned travelers often miss.

It’s half the fun, as they say, and while it’s possible to fly from all the major Scottish cities, it would be a shame to miss the lovely ferry ride over the Pentland Firth, the body of water separating Orkney from mainland Scotland. It’s only a 40-minute trip from Caithness, but for those with the time, the real treat is the 6-hour ferry from Aberdeen, one of the best ways to experience the beauty of the northern Scottish coast. 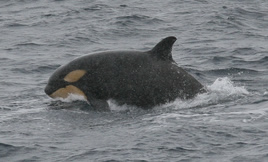 There are a number of options for lodging when you come to the Orkneys. For those looking to relax in luxury after a day of island adventure, there are a few excellent hotels, such as the Albert Hotel in Kirkwall. If you’re looking for a cheaper alternative, and to get away from the bustling metropolis of Kirkwall, there’s the Ayres Rock Hostel on the Isle of Sanday. And if a roof over your head is one luxury too many for you, there are abundant camping options.