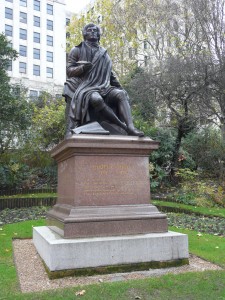 For outsiders that have an impression of Scots as tough, hard-working folk, it might be surprising to hear that their national hero is a poet. No one person is more closely associated with Scotland than Robert Burns. Known in Scotland by the familiar name of Robbie (or Rabbie), Burns is still a source of national pride over 200 years after his death. In fact, Scotland’s entire Homecoming 2009 program of events was chosen for this year because of the 250th anniversary of his birth.

Burns was born outside of the town of Ayr, and is often known, in that region particularly, as the Bard of Ayrshire. In much of the rest of Scotland, he is known simply as The Bard, a title he only relinquishes to Shakespeare south of the English border. A look at his early life gives clues to why he is so adored in a country that values hard work as well as a good laugh. Though Edinburgh in the 1800s was one of the most active literary and intellectual cities in Europe, Burns came from well outside of those circles. He grew up a laborer, working on a small farm alongside his father and brother. He wrote in his spare time, often writing love poems to his several girlfriends. His good looks and quick wits made him very successful with the ladies, and his affairs have taken on somewhat of a legend of their own. He always lived in Scotland, despite thoughts of moving to the Caribbean and elsewhere in Europe, and Scotland always featured prominently in his work.

Burns’ works are important not only for their quality, but for their use of the Scots and Gaelic languages. He worked in English, but peppered in enough of both languages to make his writing a sort of hybrid dialect of its own. His poems have introduced more people to the languages of Scotland than any other writer before or since. Many people don’t know that “Auld Lang Syne” is Scots (meaning essentially “Long long ago”), but who hasn’t sung it on New Years?

In Scotland, Burns is a cult hero without any near equal. His song “Scots Wha Hae” is an unofficial second national anthem, and he has a holiday, Burns Night, which is for many Scots every bit as important as St. Andrews Day. Every January 25th, Scots all over the world celebrate with a ceremonial supper of haggis, after the reading, of course, of Burns’ “Address to a Haggis”. Glasses of Scotch are raised in millions of households across Scotland and elsewhere, to the most famous of all the Scots.