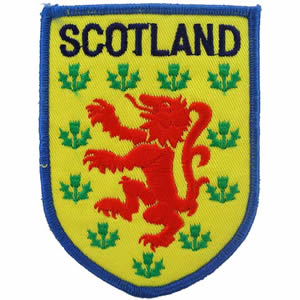 Welcome to the new year here at WhyGo Scotland. While there are a long list of reasons to visit Scotland in 2009, for some people the best one is a no-brainer. Football. (Soccer to Americans, Australians and a few others). This year sees the conclusion not only of the annual domestic football season, but also of Scotland’s bid to make the 2010 World Cup in South Africa.

For World Cup novices, I wanted to put together a short explanation of how qualifying works, the current standings, and the locations and dates of the remaining matches. If you’ve never taken in a Scotland football match, and heard the noise of thousands of Tartan Army fans, then now is the time.

There is a FIFA World Cup every four years, and July 2010 will see the start of the 19th edition of the tournament. It is the biggest tournament in world football, and with football the most popular sport on Earth, that makes it pretty much the biggest sporting event this planet has to offer. There are 53 national football teams in Europe alone, and over 200 worldwide, so qualifying tournaments are necessary to choose who gets to attend the big show. In Europe, that means paring those 53 teams down to just 13 qualifiers.

All of the national teams in Europe are first divided into groups – eight groups of six, and because 53 is a far from even number, one group of five. Scotland just happens to be in that small group. The members of each group play each other twice, once at each home stadium, with the top-ranked team at the end of those matches qualifying automatically. Then, the best eight of the nine second-place teams will be paired off, with the winners making the tournament.

Here are all of Scotland’s matches in the group, with scores for the ones that have already been played.

Looking at this schedule, there’s really only one choice for when to go: September. Two home matches, both at Glasgow‘s Hampden Park, within a week. That’s efficiency. But remember – there are Scotland fans all over the world (yours truly included) who will be flying in for these matches. Make your reservations early. If the flight to Scotland alone is going to break your bank, check out our list of the cheapest hostel beds in Glasgow. If you’re looking to escape from the noise and excitement of the match to somewhere a bit more private, a hotel room might make more sense. Either way, if you’re a Scotland fan, there’s no better time to come to Glasgow and cheer on the boys in blue. Alba Gu Brath!