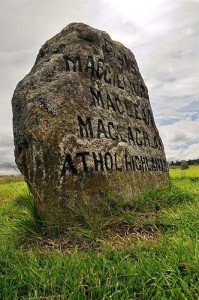 For a history buff, Scotland can seem overwhelming. The country has so many castles, ancient standing stones and historic walking paths that it can be hard to know where to begin. But for a visitor to the Highlands of Scotland, especially one with an interest in its military history, Culloden Battlefield might be the one that simply can’t be missed. Culloden is the site of a pivotal point in Scottish and British history, the last battle fought on British soil.

A Short History of the Battle

In 1689, James II was deposed from the throne of England and sent into exile by forces intent on stopping a Roman Catholic from ruling the country. Though William of Orange became the king formally that year, many across England, Ireland and Scotland were unwilling to accept the legitimacy of his claim to the crown, and wanted James restored. This led to a series of wars known as the Jacobite Risings, which would continue for over 50 years as James’ and Williams’ supporters clashed all across Britain.

On April 16, 1746, the Jacobite Risings would finally come to an end here at Culloden, as a Jacobite army of mostly Highland Scots, led by the legendary Bonnie Prince Charlie, was defeated by the government forces. Not only did the battle mark the end of the wars for the throne, but it also marked the beginning of a dark time in Highland history, as harsh laws were enacted to punish the Highland clans and bring them in line with the English monarchy. These included the outlawing of bagpipes and traditional tartan clothing as well as the arrest and death of many Highlanders loyal to Prince Charlie. 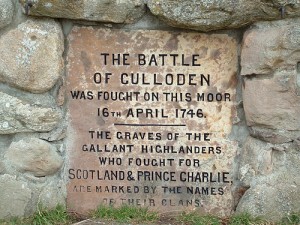 In 2007, a new visitors center and museum was opened at Culloden to help educate visitors about the battle, its historical context and its effects on Scottish history. It has become recognized as one of the best museums in Scotland, combining relics from the battle with new technology like GPS walking tours and a “battlefield immersion movie” that literally surrounds you with the sights and sounds of 18th century war in the Highlands. Considering that the battlefield itself is a relatively featureless moor, it really is impressive how interactive and tourist-friendly it has become.

Culloden is only about a twenty minute drive from Inverness. Take the A9 southeast from the city center for about 5 miles, then turn left onto the B851. Several tour companies in Inverness also arrange coaches to the battlefield.

The battlefield itself is free to visit, but the visitors center (not to be missed) costs £10 (or £24 for a family with two adults and kids). The price includes the rental of a PDA you can carry around the battlefield like a virtual tour guide, allowing you to take your own time to see the place, without missing any information. Tickets can be bought at the door. There is no online booking, but if you join the National Trust for Scotland online before your trip, you’ll get in free to this and several other historical sites.

As far as accommodations, there are plenty of hotels in Inverness, from budget to four-star, as well as hostels if you’re on a tighter budget.