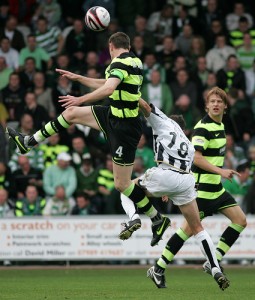 Like elsewhere in Europe and much of the rest of the world, the most popular sport in Scotland is football (or soccer to Americans, Australians, etc.), but in Scotland, football obsession reaches some of its highest levels. This is understandable considering that the sport may have been invented here. Though the English often claim that the formation of the Football Association marked the beginning of the modern game, there is evidence that football was being played in Aberdeen more than 200 years earlier.

Today, the game remains a national obsession, and every town of any decent size in the country has at least one football club. There are 42 teams in the top four levels of Scottish club football, and players for these sides are full-time professionals. There are also local leagues such as the Highland League which employ mostly part-time professional players who often take other jobs to supplement their income.

Of course, you can experience and enjoy a trip to Scotland in so many different ways that I would hesitate to call any place or event a “must-do”, but if you are a sports fan visiting Scotland, it would be a shame not to take in a soccer match and join in the excitement of the national pastime.

Edinburgh may be the capital of Scotland, but Glasgow is the unquestionable center of Scottish football. The two biggest clubs in the country, Celtic FC and Rangers, both call Glasgow home. Collectively known as The Old Firm, the rivalry between these two teams is older (and often more bitter) than any other anywhere in the world. They have been playing, and disliking, each other since 1888. In addition to club football, Glasgow is also home to Hampden Park, the stadium where Scotland’s national football team plays their home games.

Like it’s larger neighbor to the west, Edinburgh also has two big football clubs with a fierce rivalry. Hibernian FC and Heart of Midlothian (or “Hibs” and “Hearts”) are two of the biggest clubs in Scotland outside of the Old Firm.

By far the most successful team outside of the two big cities is Aberdeen FC. In the 1980s, Aberdeen was a dominant force in Scotland under the tutelage of now-legendary Manchester United manager Sir Alex Ferguson. The team has lost ground to the Old Firm since then, but remains one of the biggest and most well-supported teams in the country.

>> For more information, check out our updated list of the twelve teams in the Scottish Premier League this season.

A few tips to keep in mind when going to a Scottish football match: